6 Signs Your Company Has Damaged Culture

Every company strives for great, positive and nurturing culture–but few organizations actually achieve it. It’s not possible to have a company without culture but if you don’t design it, it will haphazardly appear based on the people working for you and how they choose to get things done—creating a culture by happenstance, not design.

In many instances, things get done via threats, veiled insults and influence-leveraging–none of which is healthy. Instead of fighting fires at every turn, build an organization of collaborative individuals that will work at fire prevention instead of fanning the flames.

Here are a few signs that your company may be fostering damaging culture:

This management style favors a system in which the manager gives orders with little input from others. Team members are given information on an “as needed” basis and there is no system in place for open conversation about “red flag” issues or places where employees see opportunities for improvement or to have conversation with their superiors. This style favors individuals keeping their mouths shut and rarely challenging company managers–even when they know something is wrong.

A system where employees work alone may be great for creating a quiet office but it creates a feeling of disconnection with colleagues and non-collaborative thinking. Workers are more likely to keep their heads down and work in their cubicles even when they are having a problem that could be easily solved with the input of a co-worker for fear of disturbing others. This working style encourages disengagement from the team, company and mission and encourages people insularly doing their jobs, punching a clock and going home.

A company with poor culture will often have a “shoot the messenger” mentality. In a workplace such as this, team members feel they will be punished for speaking up about critical issues. This can lead to team members attempting to hide problems and to employees turning their heads when they see something wrong. In these situations, team members will simply ignore problems since they are not sure how they can help to resolve the issue without being held responsible. In a company such as this, there is often no process in place for team members to report issues. A system that makes it easy to report “red flag” issues can act as a catalyst for change in your organization.

Instead of instituting quick fixes for problems or creating a culture that allows colleagues to “cover for each other” out of fear of repercussions; try to root out causes for problems, not just symptoms of poor practices and poor culture. Deep problem solving may require an initial investment of more time and resources but, in the end, you will keep the organization from repeating mistakes that stem from the same organizational root issues. Damaging culture finds and assigns blame and ignores solution-based thinking.

A damaged culture allows individuals to keep information from those around them. This may take the form of hiding mistakes to keep from “getting into trouble” with superiors or hoarding knowledge about their role, contacts and the company because they feel, if they put all of their cards on the table, they could more easily be replaced in the organization with someone who earns less.

An organization with poor culture practices fosters an atmosphere that demonizes failure and discourages employees from risking failure. In an organization where employees are afraid to fail, they will rarely try or suggest something new–even if they know their idea is right on the money. If they felt safer and that they would not be judged for a miscalculation or risk-taking, your employees might come up with some truly revolutionary ideas.

If you see these red-flag issues in your organization, it’s not too late to fix them.

Noticing the issues is the first step on the road to a crafting a positive and nurturing company culture. Pass this article onto your colleagues and managers and put your heads together. Looking for solutions together will start you on the road to a company where employees will love to work. 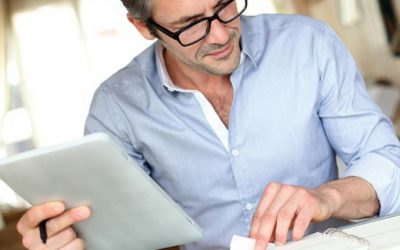